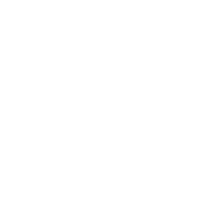 The Rejected Stone is Christian; Orthodox Lutheran, that holds to the 1580 Book of Concord, and the three ecumenical creeds:

I believe in God the Father Almighty, Maker of heaven and earth.

And in Jesus Christ, His only Son, our Lord; who was conceived by the Holy Ghost, born of the Virgin Mary; suffered under Pontius Pilate, was crucified, dead, and buried; He descended into hell; the third day He rose again from the dead; He ascended into heaven, and sitteth on the right hand of God the Father Almighty; from thence He shall come to judge the quick and the dead.

I believe in the Holy Ghost; the holy catholic Church, the communion of saints; the forgiveness of sins; the resurrection of the body; and the life everlasting. Amen.

I believe in one God, the Father Almighty, Maker of heaven and earth, and of all things visible and invisible.

And in one Lord Jesus Christ, the only-begotten Son of God, begotten of the Father before all worlds, God of God, Light of Light, very God of very God, begotten, not made, being of one substance with the Father; by whom all things were made; who for us men, and for our salvation, came down from heaven, and was incarnate by the Holy Ghost of the Virgin Mary, and was made man, and was crucified also for us under Pontius Pilate; He suffered and was buried; and the third day He rose again according to the Scriptures; and ascended into heaven, and sitteth on the right hand of the Father; and He shall come again with glory to judge the quick and the dead; whose kingdom shall have no end.

And I believe in the Holy Ghost, the Lord and Giver of life, who proceedeth from the Father and the Son; who with the Father and the Son together is worshiped and glorified; who spake by the Prophets. And I believe in one holy catholic and apostolic Church. I acknowledge one Baptism for the remission of sins; and I look for the resurrection of the dead, and the life of the world to come. Amen.

Whosoever will be saved, before all things it is necessary that he hold the catholic faith. Which faith except every one do keep whole and undefiled, without doubt he shall perish everlastingly.

The Father is made of none: neither created nor begotten. The Son is of the Father alone; not made, nor created, but begotten. The Holy Ghost is of the Father and of the Son: neither made, nor created, nor begotten, but proceeding. So there is one Father, not three Fathers; one Son, not three Sons; one Holy Ghost, not three Holy Ghosts. And in this Trinity none is before or after other; none is greater or less than another; But the whole three Persons are coeternal together, and coequal: so that in all things, as is aforesaid, the Unity in Trinity and the Trinity in Unity is to be worshiped. He, therefore, that will be saved must thus think of the Trinity.

Furthermore, it is necessary to everlasting salvation that he also believe faithfully the incarnation of our Lord Jesus Christ. For the right faith is, that we believe and confess that our Lord Jesus Christ, the Son of God, is God and Man; God of the Substance of the Father, begotten before the worlds; and Man of the substance of His mother, born in the world; Perfect God and perfect Man, of a reasonable soul and human flesh subsisting. Equal to the Father as touching His Godhead, and inferior to the Father as touching His manhood; Who, although He be God and Man, yet He is not two, but one Christ: One, not by conversion of the Godhead into flesh, but by taking the manhood into God; One altogether; not by confusion of Substance, but by unity of Person. For as the reasonable soul and flesh is one man, so God and Man is one Christ; Who suffered for our salvation; descended into hell, rose again the third day from the dead; He ascended into heaven; He sitteth on the right hand of the Father, God Almighty; from whence He shall come to judge the quick and the dead. At whose coming all men shall rise again with their bodies, and shall give an account of their own works. And they that have done good shall go into life everlasting; and they that have done evil, into everlasting fire.

This is the catholic faith; which except a man believe faithfully and firmly, he cannot be saved.

What is The Rejected Stone?

The name refers to Jesus Christ, who, as Matthew 21:42 explains, is the stone that the builders rejected, that has become the cornerstone; that is, our Lord and Saviour; that whoever believes in Christ should not perish but have eternal life.

The Rejected Stone is an Orthodox (or Confessional) Evangelical Lutheran ministry in Osaka, Japan; a developer and publisher of free Christian products. It is operated by Rev. Daniel Nilsen.

Do you have church services?

Yes, we do. See here for more information. If you live in Osaka, Japan, and would like to receive the gift of God's Word and Sacraments, please feel free to reach out or join our services.

Why do you also do games and theology?

The Rejected Stone is a Lutheran Church, but we're working on a few different projects to make God's Word and sound theology more accessible to people, by means of free games and publications. Check out our Luco: Lutheran Codex.

What games have you made?

No games have been published by The Rejected Stone yet, but there is a humble adventure game in development called Dry Bones. The developer has 13 years of industry experience and has worked with companies such as Nintendo, Sega, Avalanche, Warner Bros, The Pokémon Company, and Disney.

When is Dry Bones out?

When it's done! Stay tuned for updates and check out our books, articles, and videos in the meantime.

Can I apply for a job at The Rejected Stone?

Sorry, no. The Rejected Stone is a charity work, and so, there are no paid positions to apply for. It's also not a conventional games development studio as it's a part of the Lutheran Church, the Independent Lutheran Diocese (ILD).

What does the Lutheran Church believe?

To echo the apostle Paul, we have resolved to preach nothing but our Lord Jesus Christ and Him crucified. You can find out more about what we believe, teach, and confess in our Lutheran Confessions, the Concordia, available for free online here.

Absolutely! You can contribute by praying for The Rejected Stone and the Church's work of bringing the gifts of God's Word and Sacraments to Japan.

The best way to reach out at this point is to send an email through the contact form. The Rejected Stone doesn't have any social media channels, but please feel free to follow our diocese @ildchurch on Instagram and Twitter.